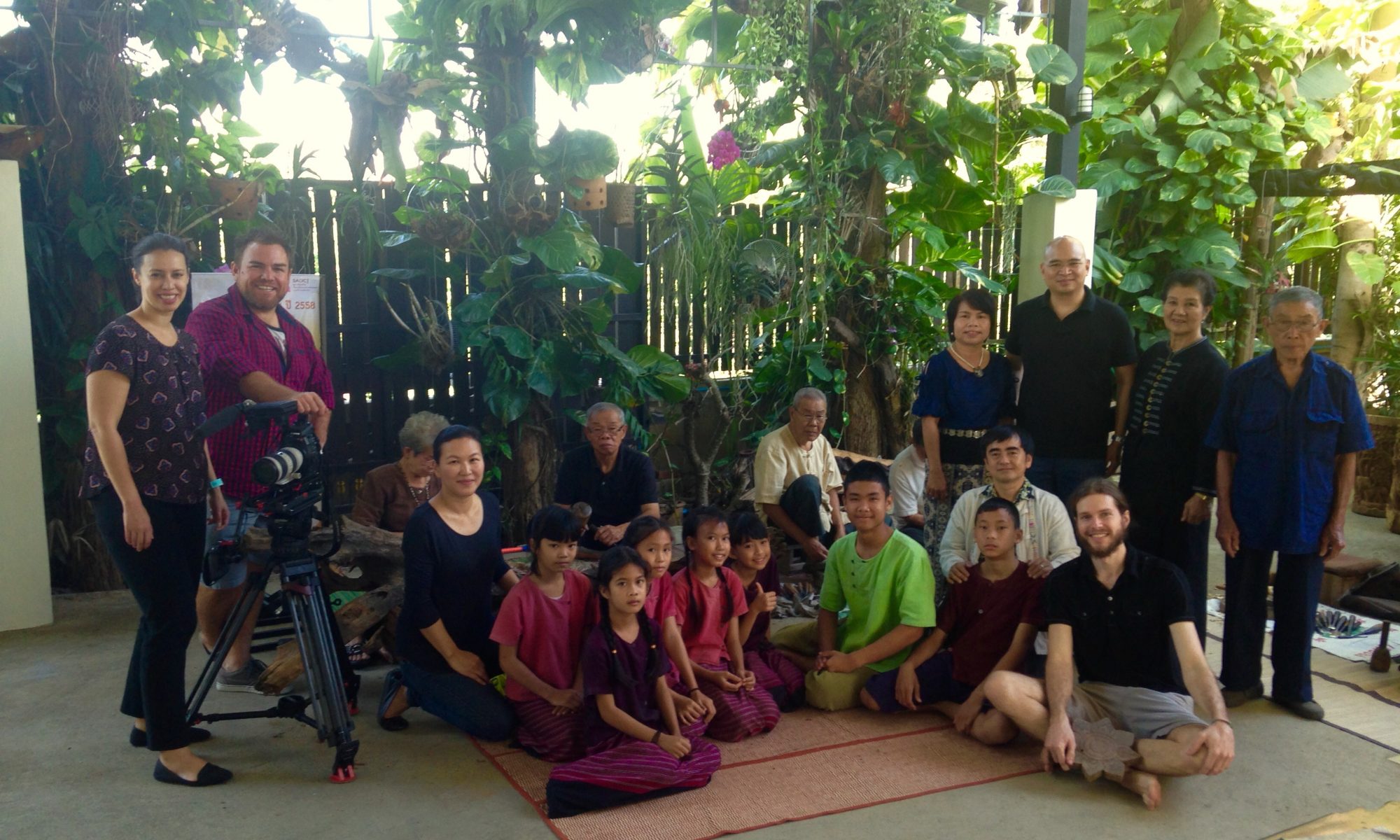 Got up extra early this morning to grab a taxi to meet Nati and Joy and the CNN crew outside of town. We all met up at Starbucks. I scarfed a banana chocolate chip muffin and we took off to the Woodcarving Village.

Melissa from CNN let me know that they’d like to interview me and make more of a story about this westerner studying traditional Thai wood carving and the idea of the Maker Exchange Cultural Residency Program, so I got to do some awkward walking, praying, drawing, and interviewing, for which I felt a little underprepared. When those guys were satisfied with the footage, we all said good-bye. I went with Nati and Joy to check out their house and to meet Joy’s parents, as they live pretty close to the Woodcarving Village. After meeting her folks, a tour of their house and some coffee, they dropped me off back at the Woodcarving Village and I was on my own with Baa Bua (auntie Bua) and her son Chookiat.

We started almost immediately on my first piece that I had already partially fouled earlier by doing some freehand carving for the camera. After an hour or so I had dinner with Baa Bua and Chookiat. I showed them some pictures of my work, the Artisan’s Asylum and Makerspace Thailand. Unfortunately all of their guest rooms were full of parents of the students graduating from Chiang Mai university tomorrow. So, I did some urban camping in a tent next to the koi pond and Buddhist shine. Slept like a baby. 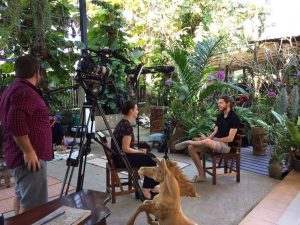 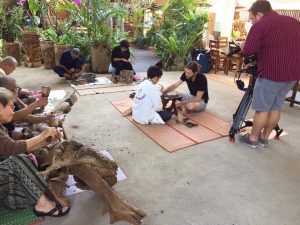 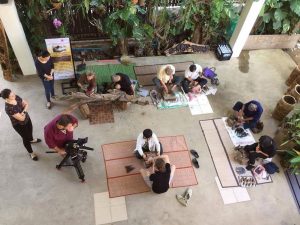